Some 78% of UK organisations have formally adopted at least one cloud-based service, giving cloud a mainstream deployment status, an annual cloud research has found. UK cloud adoption has grown by 61.5% since 2010 when the annual study began.

The Vanson Bourne annual study, conducted in June 2014 on behalf of cloud industry body CIF, found a 15% growth in cloud adoption over the previous research in September 2013. The industry body estimates the annual growth rate will be 20% by the end of September 2014. 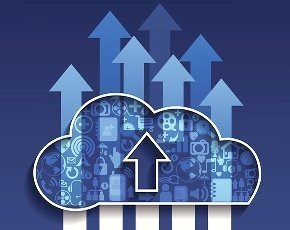 The research also revealed that enterprise IT in the UK is predominantly hybrid. While most businesses have adopted cloud services, about 85% of them also continue to run on-premises servers or datacentres.

Among the key cloud adoption trends in the UK, the study found that large enterprises showed highest rates of adoption, at just over 80%. The adoption rate among small and medium businesses stood at around 75%, with public sector organisations lagging at around 68%.

The study also explored the drivers of cloud adoption and found that the flexibility of cloud as a delivery model remained the primary reason for adoption in the private sector. Operational cost savings were the main motive for the public sector (21%).

Of those using cloud computing services, nearly half (45%) said they used only one formally. Only 14% of respondents said they used four or more, with about 28% using two and 13% using three services in the cloud.

The use of web hosting, email, CRM, data backup and disaster recovery remained the most popular cloud services among UK organisations.

One surprise finding of the study was that, despite the data privacy and security concerns about the cloud in the post-Prism era, respondents were almost unanimous (98%) in reporting no security breaches from their use of cloud services. A majority (56%) said that Prism revelations have not led them to do anything differently.

Alex Hilton, CEO of CIF, said: “Over the next year we can say with some confidence that first-time cloud adoption will increase by 12 points – or 15%.” If this is borne out, then 90% of all businesses in the UK will be using at least one cloud service by the end of 2015.

“In the near term adoption will be driven in part by the end of support for Windows Server 2003, which concludes in July 2015,” Hilton added.

CIF also estimated that around 10% of businesses will adopt a cloud-first IT strategy while an equal number will remain purely on on-premises infrastructure.

“The remaining 80% will have a hybrid IT environment,” Hilton said. “This means that nine out of 10 companies will continue to invest in on-premise IT alongside and integrated with cloud solutions.”

Clare Barclay, general manager of Microsoft UK, and a CIF member, said: “What is clear is that hybrid IT is fast becoming the principal technology within business. The research has confirmed that the role of IT is now firmly established as an enabler of services, business agility and transformation rather than just a cost-centre to deliver services and devices.”

Nick East, chief executive of Bath-based cloud provider Zynstra, said: “This research showed that over half of SMBs are running IT systems that are close to the end of their supported life.”

SMBs are turning to cloud, with 69% saying they consider an infrastructure refresh to be an opportunity to adopt cloud.

“With this in mind, SMBs need to consider which cloud solutions are going to be the best fit for them in the future. Leaving it until the end-of-support date has passed is going to cause a major IT headache,” warned East.