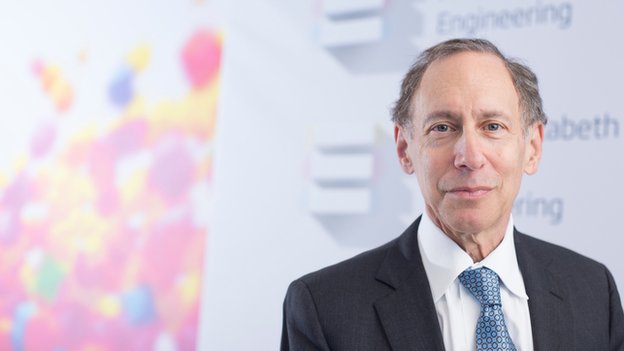 A pioneer of medical technologies that have benefited millions of people has become the latest winner of the Queen Elizabeth Prize for Engineering.

Professor Robert Langer of the Massachusetts Institute of Technology has won the £1m award for his development of drug-release systems, tissue building and microchip implants.

The Queen Elizabeth Prize, designed to become a “Nobel” for engineering, was set up with cross-party backing and industry support to celebrate innovators with global impact.

Prof Langer’s work has been cited 170,000 times – making him the most cited engineer in history – and he has more than 1,000 patents granted or pending for his inventions.

It is estimated that as many as two billion people have in some way been touched by technologies devised and developed by him and his teams.

The previous winners of the prize – set up to inspire young people to become engineers – were the five pioneers of the Internet and World Wide Web including Sir Tim Berners-Lee.

Prof Langer told the BBC: “I’ve always wanted to see what I can do to help people have happier, healthier lives. I worked in a hospital for a number of years – I’ve seen different medical problems and I’ve thought: What can we do to make things better for people?”

He said he was delighted to win the award because he supported “the idea of inspiring young people – nothing is more important than that”.

In the 1970s, in the face of widespread opposition from the medical and scientific establishment, Prof Langer pioneered the use of materials known as polymers which could gradually release sophisticated medications.

It had been thought that the large molecules involved in treatments for diseases such as cancer and diabetes could not pass through polymers, but Prof Langer found ways to achieve this, allowing the development of devices to release controlled amounts of drugs.

Working with surgeons at Boston Children’s Hospital, he developed the first substances that could block the spread of blood vessels in tumours – a process called angiogenesis.

His aim was to target anti-cancer drugs where they were most needed, to avoid harm to the whole body. Among his first inventions were “wafers” containing medication that could be inserted at the right locations, including brain tumours. 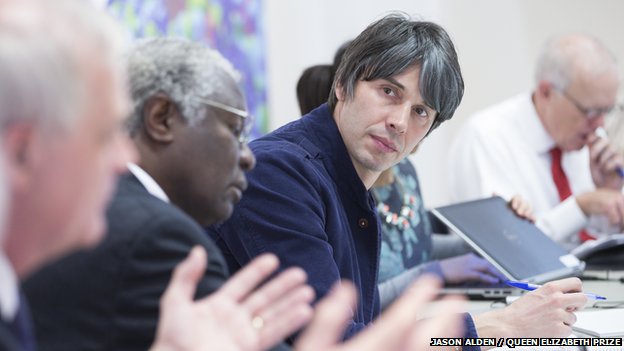 Prof Langer is known for bringing together researchers from many different disciplines ranging from chemical engineering – his original field – to patient care.

His design for cardiovascular stents which are coated in drugs has gone on to benefit about 10 million heart patients.

The US Food and Drug Administration has approved this technique for making artificial skin for use on burn victims and people with diabetic skin ulcers. Trials of the growth of new cartilage and spinal cord repair are under way.

More recently Prof Langer has developed implants designed to release specific doses of drugs over a period of years – with the potential for the releases to be controlled remotely by wireless signals.

The first uses of these devices are planned to be for diabetes medication, female contraception and osteoporosis while the provision of malaria drugs and essential minerals are on the horizon too.

On the opposition faced by many of his inventions, Prof Langer said: “Conventional wisdom is not always right and to really invent things, to come up with ideas, you to have examine carefully the basis for that conventional wisdom, and a lot of inventions have come because people say, ‘What I’ve read, isn’t right’ – and that’s part of what we did.

“When I started doing a lot of this work in the 1970s, it probably was considered science fiction, in fact a lot of the people who reviewed our grants said we shouldn’t get the funds because it was like fiction.

“But you keep pushing, you keep believing in your ideas and eventually they do become reality.”

When asked how he would spend the prize money, Prof Langer said he would leave it to his wife to decide.

He will receive the award from the Queen later this year.