The app, called Athelas, won a prize at a coding event held by the prestigious start-up hub Y Combinator.

The team says it can detect diseases such as malaria and cancers in seconds, through so-called predictive cell counting.

But experts warned of the difficulty of reproducing the quality of medical labs results using just a smartphone.

Users take a picture of their blood using the lens attachment, which is then sent to the app’s servers, and the results are then sent back to them.

Team leader Tanay Tandon said in his submission: “For more than two centuries, cell morphology – or the practice of viewing/analysing a person’s blood in order to diagnose conditions – has been the primary way to approach medicine.

“Yet, despite the critical nature of blood analysis to the medical industry – the process has hardly changed from its long, expensive form for 150 years.”

Mr Tandon added that in “rural areas, the tech will really shine, providing previously unavailable diagnostic skills through the power of artificial intelligence and computer vision”.

But experts in the field are not so convinced by the reality of using a smartphone to detect and diagnose.

“The major limitation for this approach is that most viruses require electron microscopic exams to see them.”

Using the example of the current outbreak of Ebola – which has killed more than 800 people in western Africa and is spreading partly through air travel – Dr Safdar said that patients in the early stages of illness might not have large enough quantities of the Ebola virus in their peripheral blood to be diagnosed. 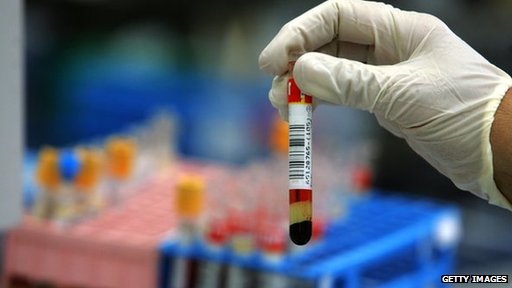 The threat of false positives, or incorrect results, was another concern.

“I’ve no problem with it in principle – but in reality, these need to be carefully calibrated around the right type of diseases,” Dr Mike Chapman, of the University of Cambridge’s Department of Haematology, told the BBC, adding that some diseases were easier to detect than others.

“In a laboratory diagnosis, there is a lot of regulation that goes on behind the scenes to make sure that your results are meaningful.”

Dr Chapman added that he was aware of instances where people took a smartphone picture of a microscopic image of their blood and sent it to an expert.

The Athelas app won a prize as Y Combinator held its first “hackathon” last weekend, where teams come together and are invited to create software together in a limited amount of time.

Mr Tandon won an interview with YC to be in its next batch of start-ups. The California-based accelerator counts billion-dollar start-ups such as Airbnb, Reddit, and Dropbox among its alumni.