We weren’t the only ones with that reaction. Neil Versel called it ‘not revolutionary’ in his Forbes article titled Apple’s HealthKit Connects With Mayo and Epic, But Don’t Call It Revolutionary.

While Apple has a long history of entering markets that are ripe for disruption (think what the iPod did to the portable music market) they normally have a few things going for them:

As a proud owner of  multiple Apple products (MacBook Pro and iPad) and a healthcare professional, I’ve got to say: I was genuinely let down when Apple showed off features from HealthKit and the “Health” app.

They did not produce a superior product in this case — far from it!

Apple missed the mark by presenting a product that has computing/device limitations, does not support interoperability for healthcare consumers and features an empty ecosystem of devices and applications that HealthKit fails to integrate with out-of-the-box. In fact, when compared to Microsoft HealthVault (which has been around since 2007), Apple fails very short (check out a look at HealthKit versus HealthVault on the Zweena Health blog).

While they did tease at some of their future partnerships, as it stands today HealthKit is not a product that should be paired with words like ‘revolutionary’ or ‘game changing.’

Let me tell you why.

I heard Craig Federighi, Apple’s Senior VP of Software Engineering, say the following during his HealthKit keynote at WWDC:

“That information [health information] lives in silos. You can’t get a single comprehensive picture of your health situation.”

What is interesting is that HealthKit and the ‘Health’ app are only available on iOS devices, accounting for only ~10% of smartphone operating systems according to January 2014 research from ABI Research. 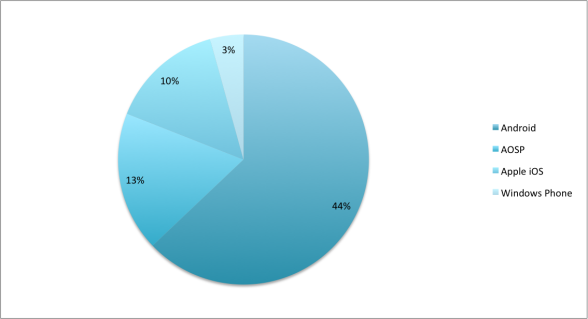 By definition of the lack of iOS market share, Federighi is building a silo’d experience for the majority of Americans who own smartphones.

Even with their existing Mayo Clinic and Epic EHR integration, Apple will still face interoperability issues for patients that a) do not own an iPhone, and b) do not visit a healthcare provider that has deployed an Epic EHR implementation in their organization.

Validic has hundreds of applications within their app ecosystem.

Our software at Zweena Health integrates with more than 130 apps and 224+ devices.

Apple HealthKit attaches to … nobody really knows how many applications or devices.

Additionally, without a wearable piece of technology bearing the Apple logo, how will Apple go about integrating sensor technology to continuously push data back to patient records at Mayo Clinic or via Epic EHR’s?

Whoops! Somebody has diabetes …

But he did find a few issues with their presentation/application:

The slide neatly displays four key metrics for diabetes management: glucose, carbs, walking, and diabetes medication adherence. The numbers and units that Apple used as examples to illustrate their vision don’t make sense. When you measure your glucose with a personal blood sugar meter, it is measured in mg/dL — but the example shown by Apple displayed these numbers in mL/dL.

2. HealthKit applauded a patient for … having diabetes? 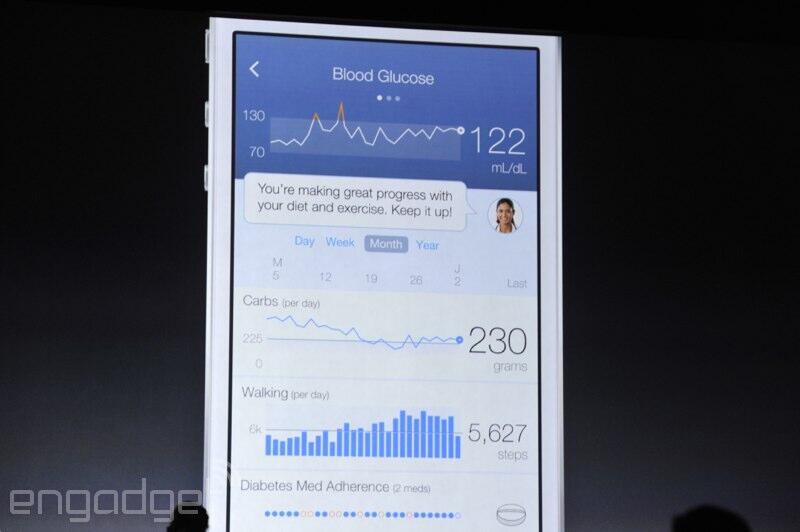 The app screen features an SMS-style message from a particularly photogenic doctor who says, “You’re making great progress with your diet and exercise. Keep it up.” even though the graph shows an unhealthy reading of 122 “mL/dL”.

“People with a fasting glucose level of 100 to 125 mg/dL have impaired fasting glucose (IFG), or prediabetes,” according to a National Institute of Diabetes and Digestive and Kidney Diseases website. “A level of 126 mg/dL or above, confirmed by repeating the test on another day, means a person has diabetes.

What kind of progress is that?

In Conclusion: HealthKit Has a Lot of Room to Grow

This article has been nothing but complaints; have no fear, I recognize my negativity as well. The reason I hold Apple to such a high level is that they have never ceased to ‘wow!’ me with their products and services.

So when the HealthKit team stands tall and claims they have ‘the next big thing’ in healthcare, when their first shot at it is clearly anything but, I push back on them in hopes that this brutally honest feedback will encourage them to do better.

Time to step your game up, Apple.