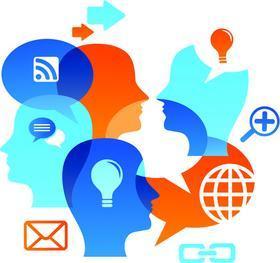 The Mayo Clinic ranks No. 1 for Twitter, with more than half a million followers. Cleveland Clinic is third on YouTube, with nearly 3 million views. And the University of Texas M.D. Anderson Cancer Center, in Houston, Texas, ranks 30th on Flickr, with 115 Flickr photos.

Where do the paths of these three organizations cross?  Well, they’re ranked 1st, 2nd, and 3rd, respectively, in a recent Top 50 Most Social Media Friendly Hospitals for 2013 listing developed by a group called MHADegree.org.

Founded in 2007, MHADegree.org is funded by a range of colleges and universities with the goal of providing free information to students and healthcare professionals who want to get a master’s degree in health administration.

And these days, of course, a job in administration in almost any sector will invariably involve making some kind of information available to the public. And, one way or another, that means plugging into social media.

According to Bethanny Parker, editor of MHADegree.org and the social media list’s author, there’s no shortage of reasons why healthcare organizations should have a solid, ever-evolving social media strategy in place.

Awareness – According to Parker, one of the most important uses of social media is as a multi-faceted means of getting new, and perhaps critical, healthcare information out to the public.  “Perhaps a new test has been developed that can catch a certain cancer earlier,” she said.  The viral nature, so to speak, of social media can be a very effective means of disseminating information quickly, particularly when that information comes from a highly regarded medical source and can be of immediate use to patients.Connecting with customers –  Any business needs to maintain its reputation, and hospitals and other providers are no different. A recent study published by the Journal of Medical Internet Research found that “approximately 60 percent of Internet users report using the Internet to look for health information.” Put those two facts together and it becomes clear that hospitals that want to serve the public need to meet the public where they are, which increasingly means on the Internet.“Neutral” information – For Parker, one of the subtly valuable uses of social media involves “the way it can provide a way to connect with a healthcare provider without committing to an appointment.”  That is, it’s widely understood that some patients are reluctant, depending on the condition with which they’re struggling, to speak directly to a healthcare provider as the first step toward receiving treatment. With Facebook, for example, providers can offer information and guidance in “non-threatening” ways, with the ultimate goal of making prospective patients more comfortable when it comes to reaching out directly.Flash mobs – OK, the actual category for this use of social media might be dubbed “Unorthodox Outreach.” And while the chances are slim that flash mobs and other “new communications” are going to become a regular option in, say, the Mayo Clinic’s communication strategy, Parker pointed to a group called Tobacco Control Nigeria that recently used a flash mob to educate passers-by about the dangers of smoking. The point is, as everyone knows, social media options keep evolving, so you really never know how it might come in handy.

With that shifting landscape in mind, Parker said she’s seeing an uptick in the use of Pinterest by healthcare organizations and a drop in the use of Flickr.  Instagram, too, is growing.  So even as the terms “Like” and “Tweet” have become widely understood as part of the communications lexicon, it’s probably safe to assume that it won’t be long before new references emerge as new media evolve.